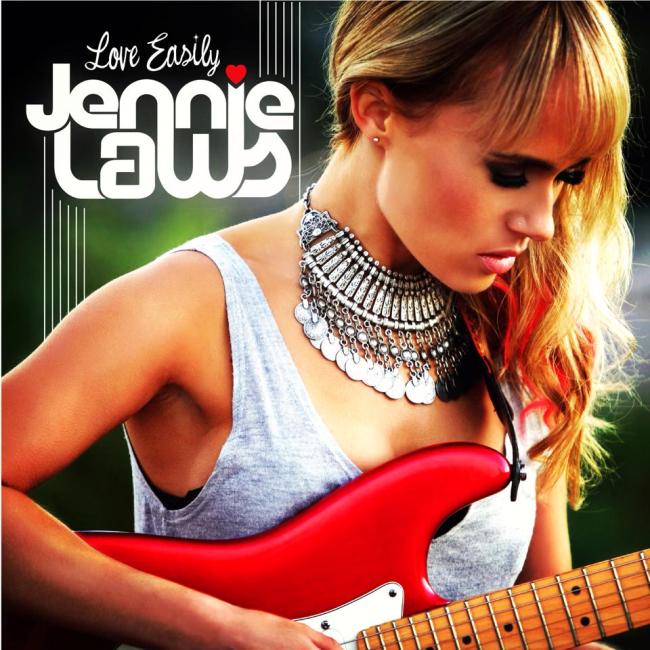 With distinctive and dynamic vocal artistry, unique and original songwriting skills and wide range of influences and inspirations, Jennie Laws has emerged as a beautiful and brilliantly talented new arrival on the cutting edge of today’s music.The Toronto-born singer, composer and multi-instrumentalist is perhaps most notable for her ability to bring it all together in one accessible and appealing package. TRS 24/7 had the chance to chat with Jennie herself:

When have you been most satisfied in your life?

I get a natural high from hearing the musical ideas in my head come to life with live musicians; like when I did a 40-piece orchestral arrangement by hand in college and the players performed it in the studio. I hope I get to feel that rush again one day! I also love being in love!

Who is your role model?

I have to say both of my parents are. My dad was my role model because he was passionate, authentic, thoughtful and great with people. He never complained. He believed in reaching for the stars. He was always singing when I’d get home from school, usually a song with my name in it. This embarrassed me at the time but now I would do anything to hear him singing my name just one more time! His exuberance for life, his wisdom, and the way he always kept it real inspires me to this day. My mom is my inspiration too because she’s brilliant, selfless, classy, and she’s a workaholic. I know this last thing is not necessarily a good thing, but it’s what I saw every day growing up and I can’t help that it’s rubbed off on me, for better or for worse.

Well I don’t love sitting in front of the computer for days on end (as I sit here typing) but it’s unavoidable in this day and age where almost everything is computerized! I’m an outdoors person, and a very physically active person, so I’d much rather be outside.  But recording music, connecting with people, doing paperwork and so much more relies on using a computer so I do what I have to do!

Tell me about a project or accomplishment that you consider to be the most significant in your career.

Maybe I’m being to hard on myself, but I have to be honest with you; I feel that my most significant accomplishments are yet to come! I guess it is pretty remarkable that I composed, performed & produced my first EP entirely myself but I know that this is just the tip of the iceberg for me. Now that I’ve started collaborating with other incredible musicians, I feel like so much more will happen on a much larger scale.

If you could start your career over again, what would you do differently?

Man, I might have just listened to the Sony A&R that wanted me to be the “next Alanis Morissette”  and let her mold me into what she wanted so I could at least get in the system and not be on my own in making records and promoting them. It may or may not have worked out, because it might not have been believable (me being someone I wasn’t.) But now I’ll never know. I’d definitely take that smaller record deal that my first manager turned down because it wasn’t big time enough for him. But it would have been a start. I would listen to my own intuition more and do my own research instead of relying entirely on my manager’s advice or  strategy. Also, I would believe in myself. Something I didn’t start doing until recently. Which I think was the biggest thing that held me back; I had no reason not to believe in myself… it was all in my head.

Tell us about a time when things didn’t go the way you wanted- how did you handle it? Do you have regrets?

I remember this time when I got asked to open for Bruno Mars at a charity function, a Michael Jackson tribute. Bruno wasn’t widely known yet but it was already obvious that he was destined for greatness. The gig was a few days away and I had to learn a couple Michael Jackson songs to play solo, just me and my guitar. This meant transposing the keys of the songs so they fit my voice as well as learning all the chords, lyrics and getting comfortable playing them all together.

The problem was that the same day, I got asked to do a string arrangement for Toni Braxton with another writer. As a string arranger, this would look really good on my resume. But it took up all my time, so when showtime came, I wasn’t prepared. I should have asked one of my musician friends to play with me to take the pressure off, but I didn’t have any money and was too proud to ask for favors. My voice sounded good when I performed but it was obvious that I didn’t really know the songs very well so I didn’t hit the ball out of the park as I could have if I had had time to practice. I blew it. I felt awful afterwards and vented to my friends and family about it. Toni ended up using fake strings on that song anyway, after all that. A producer I was working with at the time was at the show and scolded me for not showing people my best, for not asking him for help (he plays piano.) I definitely regret not asking him and not managing my time properly, because there was a lot of important people at that show, you never know what could have come out of it, or who I turned off as a result of my mediocre performance.

I just want to make a mark on the planet. Make a difference. Spread some love. Make people feel something. I had an epiphany when I was 14 that it was my purpose on this planet to spread love through the music that I create. That’s been driving me ever since.

I think my biggest pet peeve is when people say they’ll do something then they don’t follow through. I can’t say I’ve absolutely never been guilty of this myself, but anyone that knows me can tell you that I try to always keep my word. Even to a fault at times. I think this is because of how much I hate it when people don’t keep their word with me!

Where do you see yourself in five years?

I see myself making a good living from the music I create in the next five years. Whether it be from my own projects, songs I’ve written for other people, songs I’ve been featured on, film scores or something else that I do musically is up to the universe. I’m just going to keep creating & working hard & staying true to what I believe in & let the chips fall where they may.