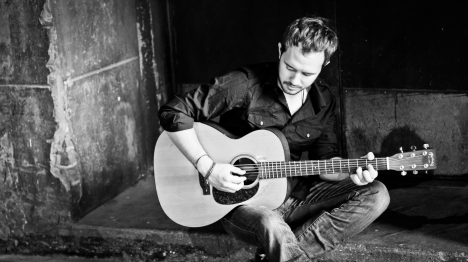 Since 2005, Rory Sullivan has played over 550 clubs, colleges and festivals, opened for Stephane Wrembel, Luke Brindley, James Maddock, Eric Andersen, Royal Southern Brotherhood, Craig Bickhardt, Mutlu, Todd Carey, and Curtis Peoples and his songs have been featured on an album with Emmylou Harris, John Oates, Neko Case, Cyndi Lauper, and Shelby Lynne, NPR, has had steady rotation on satellite, internet, and college radio, and has music featured in multiple films including “Finding Seoul”. Tim Westergren of Pandora Radio says, “Rory’s music represents a particular part of our catalogue, independent artists who are getting a lot of exposure.”

Rory Sullivan relocated from Delaware to NYC in 2011 and then to Chicago in the Fall of 2012 to begin the next phase of his artistic journey. This past year Rory took the Grand-Prize for the Cd Baby Songwriting Contest ranking over 3,000 songs, winning over $10,000 in prizes including a flight to NYC for a recording session. Rory took home again yet another Grand-Prize for the Sara Evans Songwriting Competition, awarding him a Facebook feature by Sara herself, thousands of dollars worth of prizes, and ranking over 3,000 other songs. “I’m always drawn to songs with amazing lyrics, songs that really make you feel emotion or you feel like you’re right there in the middle of it. “Ride The Rails” by Rory Sullivan really struck me the first time I heard it.”, said Sara.

Where do you see yourself in five years?

On world tours, more albums, the co-owner of an online music service platform coming soon, and as a record label owner.

I very much like the “idea” of Jack Johnson’s lifestyle. Live in Hawaii/LA, own a record label with a roster of artists you love, put out your own material, tour when you want, keep the music original, love life. This kind of approach is sustainable and is important for enduring in this industry.

How often and for how long do you practice?

I rehearse new material and songs I want to add to my repertoire everyday.

What aspect of making music excites you the most right now?

Learning new songs to incorporate new chords and melodies, getting a backing band together.

What aspect of making music gets you the most discouraged?

Its not so much on the music side, but business side. Being your own manager, sometimes you are put in situations that suck, and therefore feel discouraged.

What is the most unusual place you have ever played a show or made a recording? How did the qualities of that place affect the show/recording?

My first ever live performance with a guitar and songs was at a Mexican fiesta. I was so nervous I played everything four times as fast.